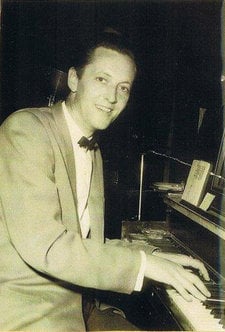 "Buddy" was born on October 25, 1931 in North Battleford, Sask. He started his musical career at an early age playing clarinet/saxophone with the school band and Sea Cadet band. In his early teens he was playing with a dance band at a dance hall in North Battleford, Sask. When the family moved to Victoria, BC in 1946 he took up modern piano lessons. That was the start of his music/jazz career at the keyboard. In the 50's, besides playing at all the best venues in Victoria, he toured the North Western USA with the "Continentals". During this time he also worked at one of Victoria's Radio Stations. He also did a lot of work with bands in Edmonton. Back in Victoria, and in his latter years, Buddy scored and arranged many big band charts and played with the Bayside Big Band in Victoria. "Bud" was an extremely talented artist and was considered one of the best in Western Canada. "Bud" was also an avid photograper. Buddy comes from a long line of family musical talent. His Father (Bill Glover) played piano and many other instruments including the Concertina. His Mother had a beautiful singing voice. He had Uncles who were in the musical field also. His brother (Jim) and Nephew (Andrew Glover) are very talented musicians. His son (Darwin) was an excellent drummer and worked with bands in the interior of BC. "Bud" also worked with groups in Vancouver.
Buddy passed away on May 12, 2000.
Sumitted by Jim Glover - brother. Ottawa, Ont 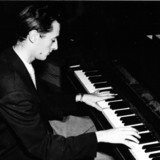 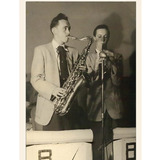 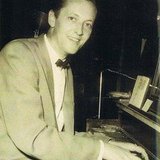