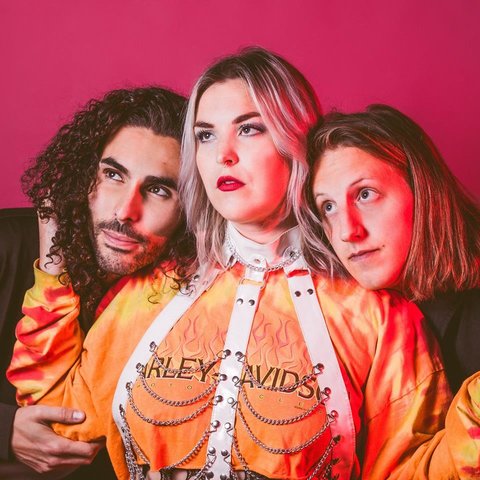 from Vancouver BC
http://www.imurmusic.com
Available for Shows/Gigs - Confirmed: Sep. 9, 2019 (Awaiting Update)
Past Shows (8)

Since forming, I M U R’s electrifying blend of electronic-r&b instantly resonated with critics, garnering them millions of streams and landing them a #5 slot on the Spotify Global Viral Chart. The band’s music has been featured in ads by Patagonia and Lululemon and on popular TV shows such as 'Wynonna Earp', 'Workin' Moms' and ‘Good Trouble’. I M U R’s rising popularity earned them a place on the main stage at Bumbershoot Festival alongside Jorja Smith, Solange, and Lorde as well as on the main stage of Bass Coast Music Festival, Shambhala Music Festival and SXSW. I M U R has been nominated for a Western Canadian Music Award for Electronic/Dance Artist of the Year (2017 and 2019), and won Best Electronic Song in the Canadian Songwriting Competition (2017).

Their most recent EP ’THIRTY33’ has earned them praise for its “heart melting vocals…larger than life production” (Red Bull) and “visceral vulnerability and intimacy” (Earmilk). Each song is “subtly intoxicating…[with] distinctive timbres…teased out by the palpable rises and falls of their dynamic structures” (Exclaim!). The group’s captivating performances meld electronic production with live musicality, a fusion which is “welcome in an overstuffed indie R&B sphere that often emphasizes empty moodiness” (Noisey). I M U R’s tasteful blend of future-bass beats, live-looped instrumentals and signature, sultry vocals transcends genre and “induces true goosebumps” (All Things Go).
No audio samples have been linked to this profile.
No member roster has been entered (to link to musician profiles.)
Status: Available for Shows/Gigs
- Last confirmed Sep. 9, 2019
Submit info on this band to our admins