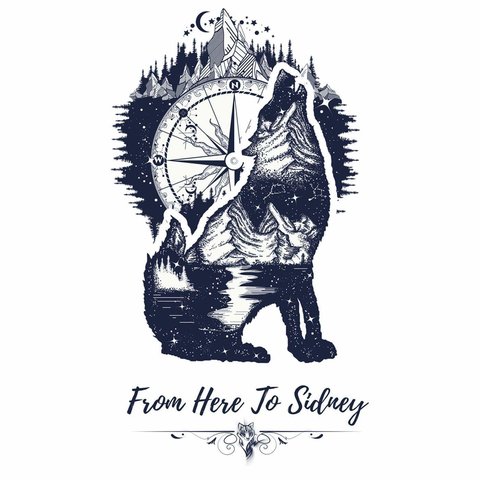 From Here To Sidney

Leif Arneson
info@fromheretosidney.ca
Contact Info
From Here To Sidney is an indie folk-rock band based in the small town of Sidney, British Columbia. Originally started in mid-2015 as the recording alias of singer/songwriter Leif Arneson, three demo albums were self-recorded and released under the name, the first of which was recorded when Leif was only 14 years old. Leif started playing the guitar at the age of eight, and over time began to write his own songs. He first started recording music in 2013 using his parents computer, a MIDI keyboard and a budget microphone. After feeling confident enough to share material that he was proud of, he wanted to release a demo recording. Not wanting to release it under his own name, he was inspired by the name of the electronica project Owl City and wanted to make his alias a name about something he loved, but had trouble finding a good name. On a walk with a friend along a beachside path he came up with the name "From Here To Sidney" after his friend pointed out that there was "so much fog from here to Sidney today that you can't see anything on the water."

Although writing and recording songs for this project was originally intended to be a pastime, his music has since expanded into a more unique horizon of sound, the first From Here To Sidney studio album "Elevations" came out in July of 2018 and was followed up with the indie rock-influenced single "Windowless" in March the next year. Although From Here To Sidney does not have much of a live presence, Leif often plays songs from most of the releases at a few select pubs in Sidney. From Here To Sidney has since settled down as of 2019, and are currently working on the writing and recording of their next full-length release, which to date still has no timeline on when it will be released.
No audio samples have been linked to this profile.
No member roster has been entered (to link to musician profiles.)
Status: Available for Shows/Gigs
- Last confirmed Nov. 17, 2019
Submit info on this band to our admins