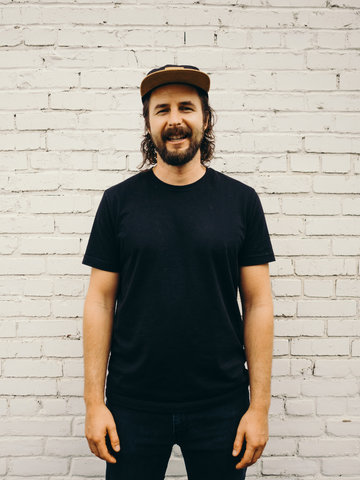 Erik Mehlsen
connect@delsuelo.net
3065399754
Contact Info
Past Shows (2)
Del Suelo is the pseudonym of Erik Mehlsen, who has spent the better part of the last decade touring as a member of the internationally successful The Dead South, winning a Juno Award in 2018, and performing with and writing songs for The Andino Suns, winning a WCMA in 2017.
Fans have been waiting patiently for a follow up to Del Suelo’s breakthrough 2016 release — a 10 chapter/10 song combination project titled I Am Free — an innovative art project forcing the collision of the worlds of the music and literature.
Since the release of I Am Free in 2016, Del Suelo has taken philosophical alt-pop sounds across Western Canada and Northern Europe (Germany, Luxembourg, Denmark and Austria). His virtuoso guitar playing, soaring vocals, and storytelling abilities have earned a him a reputation as a must-see live act. From festival to intimate cafe, he has shared the stage with acts such as Sloan, Corb Lund, and Chixdiggit.
Buzz is heating up regarding Del Suelo’s forthcoming release The Musician’s Compass: A 12 Step Programme, a wildly playful yet deeply sobering project about the highs and lows of living life on the road. The novel and LP will be released in September of 2018.
No audio samples have been linked to this profile.
No member roster has been entered (to link to musician profiles.)