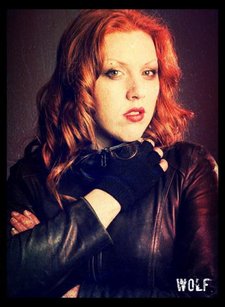 Soprano, Dawna Wolf is a classically trained opera singer from Victoria, BC, Canada. Among her recent performances, she had the title role of Dido, in Dido & Aeneas, by H. Purcell with the Victoria Chamber Orchestra under Yariv Aloni (Nov 2012) as well as with the Sooke Philharmonic Orchestra & Choir under Norman Nelson (March 2012), in Victoria, Sidney, and Sooke, BC. Dawna has also sung in Toronto Operetta Theatre's 2011 production of Luisa Fernanda, and the title role in Henry Purcell's opera Dido and Aeneas for the Summer Opera Lyric Theatre in Toronto (2009), under the direction of Guillermo Silva-Marin and conductor Kevin Mallon. She has also performed at the Richard Bradshaw Amphitheatre at the Four Seasons Centre, Toronto, in the noon-hour Vocal Series. At the University of Toronto she performed in the production of Ravel's L'Enfant et les sortilèges, and 1st Israelite in Handel's Esther. Dawna has performed with the Toronto Symphony Orchestra in their production of Mozart's C Minor Mass and Mozart's Requiem, as well as with Maestro Helmuth Rilling in the Toronto Bach Festival. Graduate of the University of Toronto, Dawna received her Bachelor's degree in Vocal Performance, where she studied with Lorna MacDonald (Lois Marshall Chair). There, Dawna was the recipient of the Theresa Stratas Vocal Scholarship for vocal excellence. Dawna has had the opportunity to work with renowned artists such as Marshall Pynkoski, Sherill Milnes and Daniel Taylor. Dawna also holds two diplomas in Vocal Performance and Vocal Pedagogy from the Victoria Conservatory of Music where she studied in 2003-5.