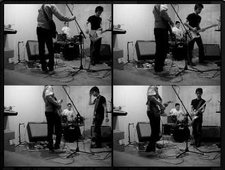 Danny
blindhorses@hotmail.com
778-838-1245
Contact Info
Past Shows (9)
Blind Horses is a Canadian Garage Rock trio that formed in Burnaby British Columbia. Comprising of old friends Danny Majer, Peki Hajdukovic and Daniel Josok; the group has been building itself up since Danny and Peki started playing guitar together in elementry school. Daniel Josok soon picked up the drums while Danny and Peki developed themselves as musicians and vocalists over the next several years.

Consistantly being inspired by their mentor Craig McCaul (of the Great Outdoors, Kent McAlister, Propolis), in the Spring of 2009 their first 3 demos were recorded in East Van Eden Studios, produced by Craig McCaul and have done remarkably well on Myspace. Blind Horses performed a full set for the first time live on April 13th in a small hall in East Vancouver to about 30 guests soon after they have been invited to perform at several private events.

The band is currently gearing up for several shows in Greater Vancouver, and to record their debut EP to be entitled "Colourful Noises."
No audio samples have been linked to this profile.

Status: Available for Shows/Gigs
Getting ready to record debut record, and is consistantly looking for audiences to play for. - Last confirmed Aug. 10, 2010
Submit info on this band to our admins