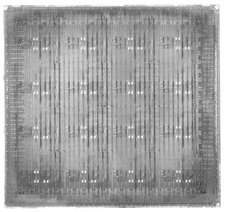 Gulliver Foyle, Mechanic's Mate 3rd Class, thirty years old, big boned, and tough -- too easy for trouble, too slow for fun, too empty for friendship, too lazy for love is aboard the crippled spaceship "Nomad". One hundred and seventy days spent living in a coffin sized tool room -- the only air tight space left on the damaged ship. His days are punctuated by forays into the main ship to collect food and air. On the one hundred and seventy first day, a ship appeared...

Status: Continuing Under New Name
Slowing writing a new album for Awful Majesty. Performing with Night Mother and Compound Terror live in the meantime. - Last confirmed Aug. 4, 2011
Submit info on this band to our admins