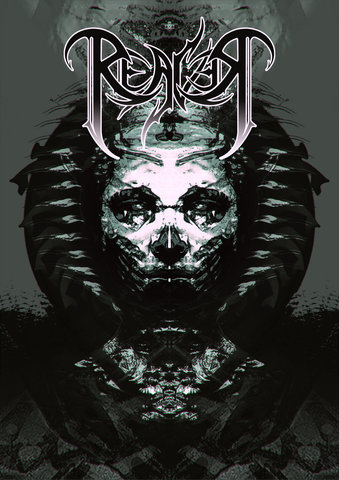 Michael Gignac
secretpolice@hotmail.com
250-886-5113
Contact Info
Past Shows (33)
There are certain forces in this world that simply cannot be stopped or contained. From the oblivion offered by a black hole to the cataclysmic destruction of an earthquake, Reaver is one of these forces that steadfastly and outright refuses to be denied.

Formed in 2007 in Victoria, British Columbia, Reaver has been biding their time, waiting for the right time to strike and claim what is theirs. With the impending release (Late 2009) of their first album, Corvus, the time has finally arrived…

Reaver deal in cutting edge melodic death metal that stands miles above the unsubstantial. Forward thinking and painstakingly crafted songs take the listener on epic audio journeys through countless twists and turns, always pushing forward with a sonic barrage that aims to draw you in, hook you and then go for the throat. Major fluctuations in dynamics/mood, layer upon layer of soaring 7-string guitars, a penchant for groove, vitriolic and devastating screamed vocals and songs that build and grow to massive climaxes are all trademarks of the Reaver sound. After all, variety is the spice of… death

Years in the making, the first Reaver album, “Corvus”, serves up 9 unforgetable songs for your ears to feast on. Recorded and mixed at Prodigal Sound Studios by David Fraelic (Saul) and with stunning artwork crafted by Julie Dillon (www.jdillon.net), this is an album that should make any metal fan bang their fucking head and throw the horns. Get in touch with us to order your copy today!

Also, make sure to join the ever expanding Reaver Facebook page. With the release of this album, Reaver will inevitably be hitting the road repeatedly in support. Look for us to be shaking the walls of your local metal establishments throughout 2011/12.
No audio samples have been linked to this profile.

Status: Available for Shows/Gigs
New line-Up Ready to shred on command! - Last confirmed Jul. 7, 2014
Submit info on this band to our admins