In Your Facefest!
Add / Link Article 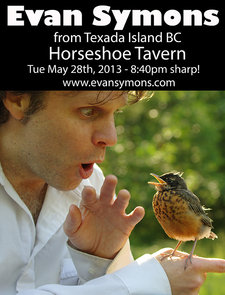 Evan Symons is a “One Person Band” and a solo acoustic artist currently residing part-time in both Vancouver and Texada Island, BC.

For his “One Person Band” work, Evan currently records all of the instruments including real drums, but in the past has experimented extensively with drum machines. For live performances, he sings and plays his guitar karaoke style to recordings of his drum/bass tracks and usually shows video and or slides.

Evan has been playing music live for decades across Canada and the USA and has recorded a number of albums on his Step and a Half Label.

In Your Facefest!
Add / Link Article 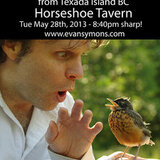