Maria Manna
info@mariamannamusic.com
250-514-9927
Contact Info
Past Shows (35)
Maria Manna entertains audiences in Canada, the United States and Europe. She exudes professional confidence and a magnetic charm that is woven into her performances, from swing to ballad and jazz. Audiences are enthralled by her vocal presence and instinctive lyrical sense.

She is an entertainment legend in her hometown of Edmonton, Alberta. Maria was Klondike Kate and served as Ambassador for the city of Edmonton in 1999 and 2000. She performed for iconic former Prime Minister Pierre Trudeau at the Jubilee Auditorium and was also honored as an inductee into the Music Archives of Alberta.

Additional highlights of her career include performing with double Grammy award winner Paul Horn, the George Haden Orchestra, the Tommy Banks Orchestra, the Paul Brunetti Orchestra and opening for the Beach Boys. Her movie credits include the principal vocalist role as well as script coach for “The Engagement Ring”.

Her self-entitled CD is receiving rave reviews across North America and Europe.
No audio samples have been linked to this profile. 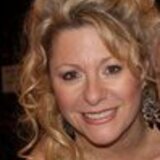 Status: Available for Shows/Gigs
- Last confirmed Aug. 8, 2014
Submit info on this band to our admins