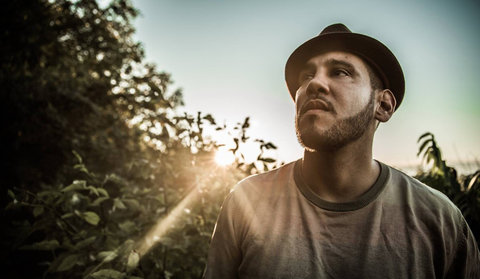 The son of immigrant parents from Paraguay and Mexico, he was born in Québec City and raised in Beauport Beach. In 2001, he moved to Montreal where his career started.

In 2013 he released ”El Dorado Sunset”, his first Spanish album. The album won two Félix Awards for ”Best World Music Album” and ”Producer of the Year”. Since then he has been touring Canada, USA, México, Argentina, UK, Germany, Switzerland, Netherlands, France, Czech Republic and Spain.

In 2015 he released ”Neo-Reconquista wich won both a Félix and a Juno Award for ”Best World Music Album” in 2016.

”San Cristóbal Baile Inn”, which includes collaborations with Andrés Oddone, Frikstailers, Miss Bolivia, Niña Dioz and Lemon Bucket Orchestra, was just released in 2017.
No audio samples have been linked to this profile.
No member roster has been entered (to link to musician profiles.)
Status: Available for Shows/Gigs
- Last confirmed Apr. 2, 2019
Submit info on this band to our admins