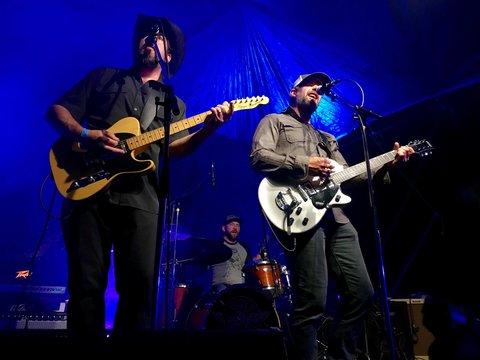 Parry Trowell
parryoke@yahoo.ca
2502172276
Contact Info
Past Shows (1)
The Basin Boys are a 4 piece Original Outlaw Country act originating from East Sooke BC. Singer-Songwriters Parry Trowell and Pete Thompson both grew up in families devout to traditional country music which is proudly embraced and portrayed in their crafty roots lyrics, energetic rich vocal harmonies, and tastefully honest guitar licks that firmly glue the band's sound to their many past and present country Hero's. The band's traditional country twang is rounded out with a tight rhythm section featuring pro drummer Andrew Rollins and bassist Eric James. Songs genuinely written of small town love, devotion & tribulation such as "Geraldine" (Semifinalist in Canadian Songwriting Competition / Country Category) and "Country On The Radio" relating to and revealing the lost sense of artistry in today's nightclub playlists, both Trowell and Thompson deliver a catchy message that connects and engages their audience. In The Basin Boy's short existence since forming in January 2016, word of mouth has spread quickly and they have become a popular choice for Live Country Roots music in the Greater Victoria area and on Vancouver Island. From their humble beginning cutting their teeth at The 17 Mile House Pub in Sooke, the Owners now call on The Basin Boys to entertain at all of their main events. The unique original sound of The Basin Boys has been said to to reveal subtle hints of Hank Williams to Merle Haggard, Townes Van Zandt to Steve Earle, and Blue Rodeo to Zac Brown.
No audio samples have been linked to this profile.
No member roster has been entered (to link to musician profiles.)
Status: Available for Shows/Gigs
- Last confirmed Dec. 18, 2018
Submit info on this band to our admins