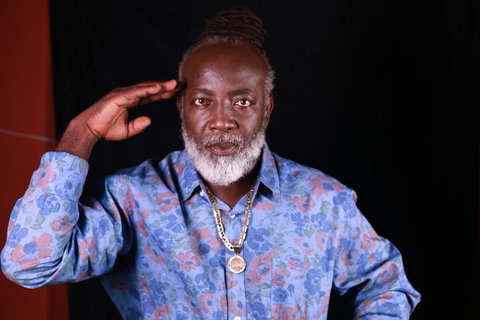 Event Photo Galleries (1)
One of reggae music's most soulful and most recongizable singers, Freddie McGregor has been gifting his incredible voice to world for over five decades. Appropriately dubbed “Little Freddie McGregor” when he started singing in 1963 at just 7 years old, backing up ska duo The Clarendonians and recording for the Sir Coxsone Dodd's legendary Studio One label. McGregor stayed with Studio One through the 70s as a session drummer and a backup singer, honing his vocal gifts.

In 1975 McGregor converted to Rastafarianism which had a profound affect on the music he was creating. Songs like “Walls of Jericho,” “Bobby Babylon,” “Rastaman Camp,” and “Zion Chant,” to name a few, showed off his new, more politically-charged direction, adding to his already formidable reputation as a romantic crooner. This change in tone was welcomed by the public and his profile quickly began rising. In 1981, McGregor rose to the front of the reggae consciousness with the release of “Big Ship,” his most beloved and enduring hits. McGregor's late career has been the mark of a true star, rarely succumbing to the weariness of a long-traveled veteran. Critically and commercially successful releases like Di Captain (2013) and True To My Roots (2016) have kept McGregor in the spotlight as he continues to travel the globe, singing at shows and major festivals for adoring reggae lovers everywhere.
No audio samples have been linked to this profile.
No member roster has been entered (to link to musician profiles.)
Status: Available for Shows/Gigs
- Last confirmed Apr. 14, 2018
Submit info on this band to our admins