Sierra Leone's Refugee All Stars are a testament to the indomitable human spirit and the transcendent power of music. Born in the midst of a violent, decade-long civil war, the band and its music celebrate our ability to sustain hope, inspiration and creativity even in a climate of rage, loss and madness.

Sierra Leone's Refugee All Stars are comprised of musicians who lived for years as refugees in the West African nation of Guinea. Before having to flee their country, all of the members of the band lived in or around Sierra Leone's capital city, Freetown. Throughout the 1990s, Freetown had remained relatively safe from the rebel war that had turned much of the country into a bloody battlefield. Then in 1999 rebels attacked the city and forced a panicked mass exodus to neighboring countries. Many of the band members separately made their way to Sembakounya Refugee Camp in Guinea. Music brought them together and through a Refugee Aid Organization they were able to acquire a couple of beat up electric guitars along with a rusted out sound system and began forming Sierra Leone's Refugee All Stars.

At Sembakounya Camp, an American documentary film crew met Sierra Leone's Refugee All Stars. After hearing their music and listening to their stories, they decided to make the band the focus of their new film. Sierra Leone's Refugee All Stars documentary film has now won thirteen major film awards at festivals across the world. The film recently aired on PBS nationwide on the Independent Documentary Film Series, Point of View (P.O.V.) and was officially released on DVD via Netflix.

The music of Sierra Leone's Refugee All Stars is a spirited, infectious, and soothing blend of traditional West African music, roots reggae and classic Rhythm & Blues. Their message-oriented songs decry the insanity of war, call out for social justice and wryly comment on the corruption that surrounds them. Sierra Leone's Refugee All Stars use their music to transform and uplift, to carry them beyond their past, and to heal. The band has seen the worst that this world can offer - yet, through their unflinching spirit and joyful sound they celebrate the best in all of us, and thankfully, they are now sharing their message and uplifting music throughout the world.

Check out a video of the Organization: http://schoolsforsalone.org/Pages/ProjectEvents-AllStarsConcert-0906.htm
No audio samples have been linked to this profile.
No member roster has been entered (to link to musician profiles.) 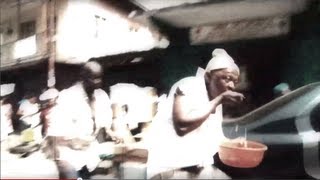