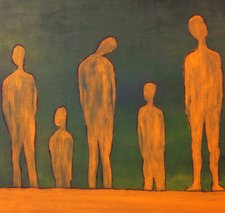 Ted Gowans
audioted@hotmail.com
Contact Info
Past Shows (5)
Lion Thief began as a solo project but, quikly evolved into a working band. Ted Gowans is the touring guitarist/keyboardist for canadian pop/rock duo Tegan and Sara and ususally spends most of his time on tour but, during a touring hiatus he formed Lion Thief with long time friend Dirk Vanderwal and began working on material with the intention of putting out a 5 song CD and playing some local shows. During the recording process they recruted three of thier friends, Al Hannigan(Johnny action figure) Luke Renshaw(jets overhead) and Matt Quinn to work on material to play live. The band has since opened for Theset, Wintersleep, and Vince Vaccaro.

Watch for upcoming dates early 2007
No audio samples have been linked to this profile.

Status: Unknown
- Last confirmed Dec. 28, 2006
Submit info on this band to our admins