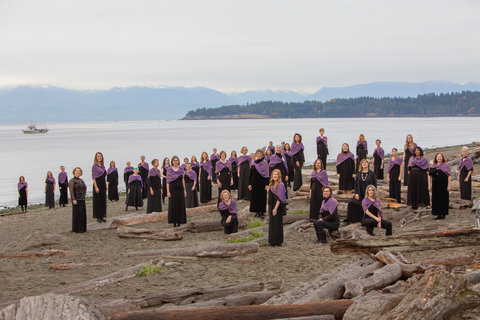 Meghan Robertson
info@ensemblelaude.org
Contact Info
Past Shows (40)
Ensemble Laude, directed by Elizabeth MacIsaac, is an award winning women's choir founded in 1998. They enchant their audience with a creative blend of medieval repertoire and contemporary choral works from around the world. In 2015 they won Second Place in the national CBC choral competition and in 2016 represented Canada at the international Choralies choral festival in France. In 2018 they were featured at the national Podium festival in St John's NFL as a Spotlight choir.
No audio samples have been linked to this profile.
No member roster has been entered (to link to musician profiles.)