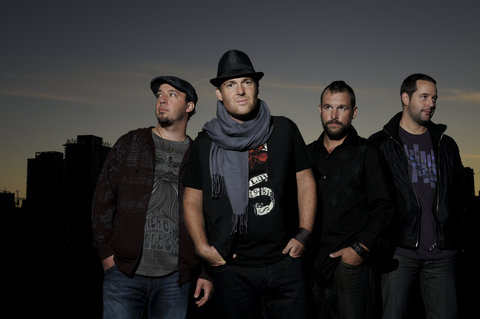 Jason Evans
jason@freeflow.ca
604 874-6264
Contact Info
Past Shows (83)
Who is Freeflow? For anyone who's seen the band perform, the answer is simple: they're an energetic band that brings people out of their seats with a compelling combination of songs with great hooks and great vocal harmonies. A much greater challenge, however, is describing Freeflow's sound, which features everything from Soul and funk to reggae and rock. They have often been compared to bands like The Roots, Sublime and the Red Hot Chili Peppers, yet have nurtured a sound distinctively their own. "We have six members in the band with very different musical tastes but lots of common ground," said lead singer Jason Evans. "What we try to do is combine the music that feels the best to us. We can't help but fuse elements."

Since founding members Jason Evans (vocals), Jay Watco (guitar), Wilson Padmos (keys), Ryan Davis (drums), and Simon Davies (bass) came together in 2001, the band's music has evolved – something that is more than obvious to anyone who has seen the band live or listened to Freeflow's two well-received CDs.

The dynamic of the band has since blossomed and has encouraged Freeflow to push it’s sound and live performance to new and exciting levels.

Although FreeFlow has been together for fifteen years, and has played great Festivals and venues with world-class luminaries from around the world, the band looks to the future with even greater hopes, dreams and aspirations.
No audio samples have been linked to this profile.

Status: Available for Shows/Gigs
- Last confirmed Sep. 29, 2014
Submit info on this band to our admins