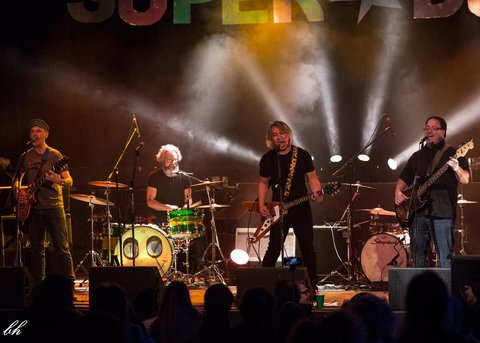 Tim Chan
timchan64@gmail.com
778.998.9722
Contact Info
Past Shows (66)
China Syndrome is a rockin' melodic power pop band from Vancouver, who combine the driving pop hooks of The New Pornographers, Teenage Fanclub and XTC with liberal dollops of 60s and 70s classic rock influences. The Georgia Straight has praised their 2015 album The Usual Angst as “infectiously jangly” with “fantastic, hooky guitar;” The Province named it “CD of the Week,” while The Vancouver Sun called it “Album of the Week,” stating “The Usual Angst is an infectious batch of rock. Each song has its own identity, blending modern and retro elements, and the production makes the music feel like a breath of fresh air.” Keep your eyes out for China Syndrome's fourth album to be released in early 2018.
No audio samples have been linked to this profile.

Status: Available for Shows/Gigs
Open to play at any venue or club in the Lower Mainland and Vancouver Island. - Last confirmed Jul. 16, 2017
Submit info on this band to our admins