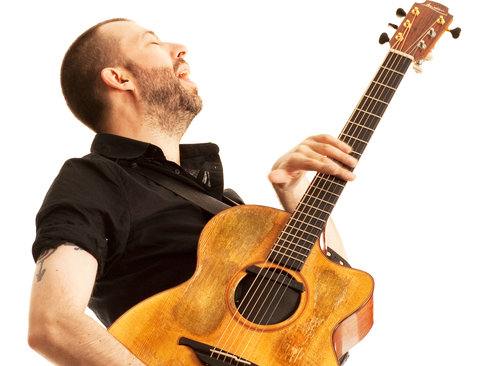 Jon Gomm, based in Leeds, West Yorkshire in the UK, is an acoustic singer-songwriter with a revolutionary virtuoso guitar style, where he uses one acoustic guitar to create drum sounds, basslines and twisting melodies all at the same time. The emphasis is still on the soulful vocals and songwriting, and his original material is influenced by everything from Robert Johnson to Radiohead.

His live shows combine deeply personal performances and a natural wit, with a once seen, never forgotten two-handed guitar style, both physical and complex, producing sounds people can barely believe are coming from a humble acoustic guitar.

Jon first laid his hands on a guitar at the age of two (actually it was a ukulele - his parents couldn’t find a guitar small enough). He wrote his first song at the age of six, and was soon accompanying his father, a music critic, to gigs in his hometown of Blackpool. Touring musicians would often stay at the Gomm household on the understanding Jon would get a guitar lesson, meaning he had one-to-one instruction from such blues legends as BB King and Jack Bruce of Cream.

Nowadays, Jon tours worldwide. In January 2012 his song Passionflower went viral online, with the video passing 6 million hits, resulting in national TV appearances in the UK, Portugal, Holland, Brazil and Turkey, and plaudits from new celebrity fans, such as:

“I love your work and style so much. You are very special” – Jon Anderson (Yes)

“Hands down the most amazing guitarist I have ever seen!” - Tommy Lee (Motley Crue)

"Jon you are a genius man, I LOVE your music and playing!" - Steve Lukather (Toto)
No audio samples have been linked to this profile.
No member roster has been entered (to link to musician profiles.) 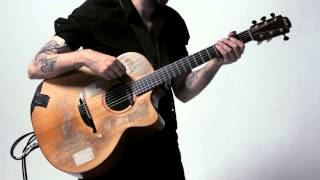 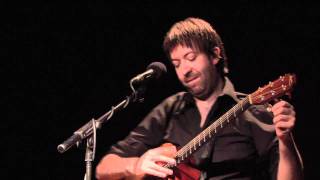