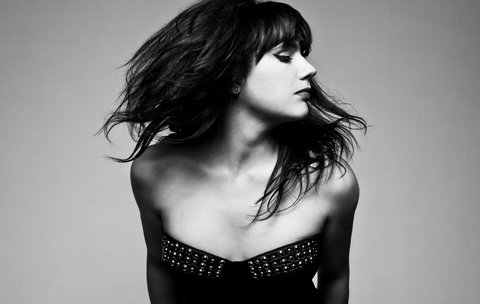 Sofia Hosseinnia
sofia@lightorganrecords.com
Contact Info
Past Shows (27)
Event Photo Galleries (1)
According to Louise Burns, the spirit animal hovering above her new album is a Foxx. A John Foxx, to be precise, meaning the impressively cheekboned UK synth pop pioneer who fronted Ultravox in the late ‘70s. You can find a picture of Burns online, standing in a record store, the proud new owner of Foxx’s second solo LP, The Garden. Fittingly, Burns’ sophomore album is partly located in the same time and place.

“I went back to the music I first fell in love with,” she says of her latest, The Midnight Mass. “Which was the Cure, Siouxsie and the Banshees, Depeche Mode, all of my favourite influences.” You could add Berlin-era Bowie into the mix—there’s even a tense, Scott Walker-ish track called “The Lodger”—but The Midnight Mass is hardly an exercise in aping Burns’ heroes.

She’s too much in the habit of being herself to let that happen. And so, while the glacial presence of NY no-wavers Suicide is felt in a track like “Don’t Like Sunny Days,” it’s in a sort of détente with Burns’ natural warmth, amber voice, and her instinct for a hook. And while Townes Van Zandt was a seemingly unlikely source for the slow-burning “Heaven”— “I was literally going to bed listening to the ‘For the Sake of the Song’ every night for three months,” she says—Burns tackles it like she’s in a spectral version of the Shangri-Las. The effect in either case is something like sweet depression.

Not surprisingly, The Midnight Mass was conjured out of a tumultuous time for the artist. She describes a feeling of “displacement” that only increased after the release of her Polaris nominated solo debut Mellow Drama in 2011. “Jobs, rent, strained relationships, self-doubt— a lot of the record is about the reality check you get in your late twenties,” she says.

As for the striking departure in style, Burns was never likely to stop exploring her private musical landscape—something she does here with the aid of producers Colin Stewart and the Raveonettes’ Sune Rose Wagner. Sonically, The Midnight Mass is like Mellow Drama after it was shoved through the fifth dimension in a TARDIS. First single “Emerald Shatter” is draped in the heaviest of synths; electric clouds of buzz devour roiling post-punk drums in “The Artist”; her cover of the Gun Club’s “Mother of Earth” literally sounds like charged fog.

“It doesn’t feel like a big change for me. I’m a pop writer,” she says, acknowledging that no amount of gleefully applied retro-future artifice can obscure the honesty of her songwriting. Ditching the feel for addictive melodies, meanwhile, would be like learning to un-walk. Louise Burns wanted to make an album that was “coherent and cinematic and beautiful and dark”—and she has—but rendering it into an item as gripping as The Midnight Mass was something she never could have helped.
No audio samples have been linked to this profile.
No member roster has been entered (to link to musician profiles.)
Status: Available for Shows/Gigs
- Last confirmed Mar. 24, 2015
Submit info on this band to our admins