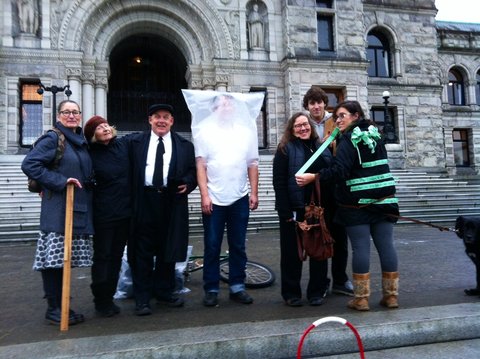 Open Actions is group of performance artists who meet on a monthly basis to present actions in public spaces in the Victoria area. Each monthly action is open to all artists who are interested in participating. Future Open Actions dates and locations are determined at the previous action.