Paul Whitteker
manager@randybachman.com
Contact Info
Past Shows (13)
Born in Winnipeg, Canada, Randy Bachman has become a legendary figure in the rock and roll world through his talents as a guitarist, songwriter, performer and producer. He has earned over 120 Gold and Platinum album/singles awards around the world for performing and producing. His songwriting has garnered him the coveted #1 spot on radio play lists in over 20 countries and he has amassed over 40 million records sold. His songs have been recorded by numerous other artists and placed in dozens of television, movie and commercial soundtracks. His music has provided a veritable soundtrack of the last thirty years of popular music.
No audio samples have been linked to this profile. 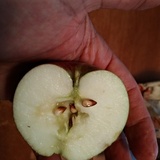 Status: Unknown
- Last confirmed Nov. 11, 2003
Submit info on this band to our admins