band@thecatempire.com
Contact Info
Past Shows (41)
Australian band, The Cat Empire, will head out on a highly-anticipated North American tour this spring, performing shows coast-to-coast. Returning annually or bi-annually to the continent for over 12 years now, the group didn't make it to North America in 2014, causing fans to turn to social media, posting online petitions, lobbying via Facebook and 'virtually' begging the band to return. The Cat Empire have delivered, with a 15-date tour kicking off in Vancouver on April 3, 2015 and wrapping in Honolulu on April 25, 2015.

More than a decade into their career, The Cat Empire have emerged as one of a small handful of international bands able to inspire such a dedicated following and enduring worldwide career.

"We're excited to get back to North America in 2015," says lead vocalist Felix Riebl. "We're coming off the summer festival season in Australia, and some time in the studio, so there should be some new songs and a lot of energy from within the group."

Renown all around the globe as one of the world's best festival bands, The Cat Empire bring incredible musicality, humour, entertainment and energy to each live show. The group transcends genres with music that can be described as Jazz, Reggae, Funk, Latin, Gypsy, Cuban, or even Australian party music - their latest album, Steal The Light debuted Top 20 in six countries. Having previously performed on top entertainment shows such as Jay Leno's The Tonight Show and Late Show with David Letterman, their annual global pilgrimage now sees them playing to over a quarter of a million people each year.

The Cat Empire's April return will be accompanied by new music that the band has been recording in their hometown of Melbourne with Producer Jan Skubiszewski. Now fully independent, and never a band to stick to the rules, The Cat Empire are expected to release the new material under a unique subscription model which will give fans the chance to access the music first. 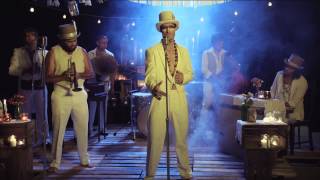