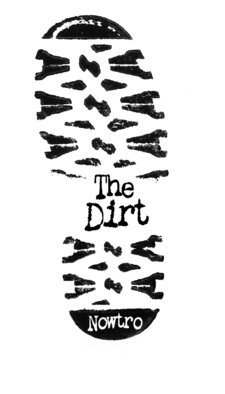 Jeff Bonner
tractorgrease@shaw.ca
604 793 9621
Contact Info
Past Shows (15)
The Dirt was created on the road in 2004, while travellin' across Canada promoting another project. All 4 members instantly hit it off and haven't looked back. The Dirt are also the driving force behind a successful music collective called Tractorgrease.com. When creating their first Indie release "Nowtro" the talents of the band emerged and resulted in a CD/DVD completely produced by the band. The Dirt bring in a new era of D.I.Y. bands. Recording the album and producing live and production videos, resulting in a package seldom seen from an indie band.
" (The Dirt) ... are what's called a roots combo these days. Or are they garage rockers? Or a country-psychedelic hybrid that jam-band fans would get into? Whatever the genre, the quartet proves itself able and ready on this CD/DVD package. This marks another winning and highly pro effort from the Tractorgrease.com indie artists's collective....

Stuart Derdeyn The Vancouver Province.Their sound is hard to define, but this recent review should shed some light;

"... with their upbeat bluesy songs. It's a great alternative to being part of the machine....."

The Chilliwack Progress (refering to Canada's very commercial radio stations.)
No audio samples have been linked to this profile.
No member roster has been entered (to link to musician profiles.)
Status: Broken Up
- Last confirmed Feb. 25, 2014
Submit info on this band to our admins