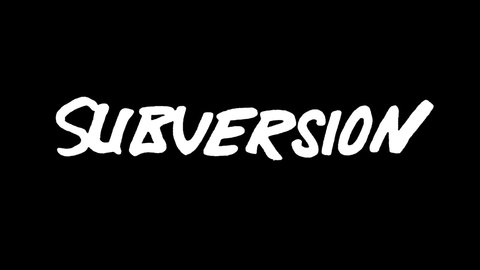 hardcore from London Ontario
http://www.youtube.com/watch?v=Sj-BLEqQsxQ
Broken Up - Confirmed: Feb. 14, 2014 (Archived)
Subversion's classic lineup (Dos Santos on guitar, Mac Neil on drums, Harrington on bass & vox) proved after its 1987 breakup to be like the classic lineup of Motorhead: People remembered the good material and wanted the glory days to come back.

In 1994, Harrington and Dos Santos spent months trying to secure a "keeper" drummer to replace Mac Neil. After each gig, however, people would comment on the "not the same" disappointment with whichever drummer had hit the skins.

The glory of the original lineup reinforced but not to be repeated, Subversion II bowed to Subversion as it had been known and bowed out.
No audio samples have been linked to this profile.

Status: Broken Up
- Last confirmed Feb. 14, 2014
Submit info on this band to our admins