Wendy Gilmour
wendy@lenniegallant.com
902-477-4864
Contact Info
Past Shows (13)
Lennie Gallant is a native of the seaside village of Rustico, Prince Edward Island. Recognized by his peers as one of Canada’s best performing songwriters, he has released nine albums (seven in English and two in French), which have won him a host of awards and nominations from both the JUNOs and East Coast Music Awards. His album, When We Get There was nominated for a JUNO Award and went into space aboard Space Shuttle Endeavour in July 2009. Canadian astronaut Julie Payette chose the album for the astronaut crew to enjoy.

As a performer, Gallant’s intense delivery reaches down to the very soul of his audience, moving effortlessly through stirring narratives, comic observations, and hard driving rhythms.

He has toured extensively internationally, playing festivals and concerts accompanied by roots rock bands, and in acoustic settings. He has shared the stage with such accomplished songwriters as Lucinda Williams, Roger Hodgson (Supertramp), Patti Griffin, and Ron Sexsmith and has represented Canada at songwriter events in Nashville, London, and Texas.

Nominated for Four 2011 East Coast Music Awards (ECMAs) - Fan's Choice Entertainer of the Year, Francophone Recording of the Year (Le coeur hante´), Recording of the Year (If We Had A Fire) and Songwriter of the Year. Awards will be given out in Charlottetown, Prince Edward Island on April 17, 2011.
No audio samples have been linked to this profile.
No member roster has been entered (to link to musician profiles.) 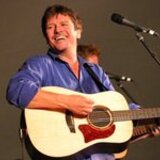 Status: Unknown
- Last confirmed Jan. 28, 2011
Submit info on this band to our admins