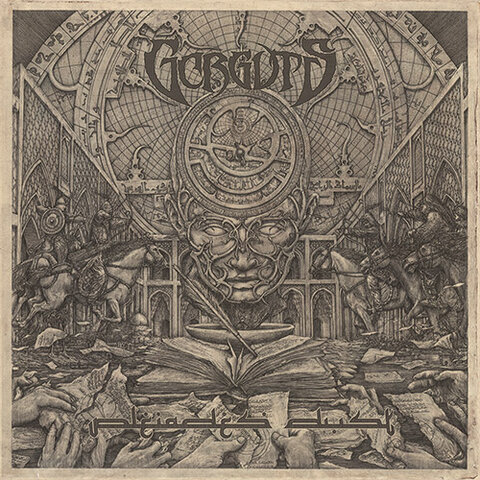 management
info@gorguts.com
Contact Info
Past Shows (3)
GORGUTS, long-running Canadian craftsmen of technical death metal have returned! After more than a decade of silence, mastermind Luc Lemay unleashes "Colored Sands", a new brand of pestilent fury featuring an all star line-up including John Longstreath (ORIGIN, SKINLESS), Colin Marston (BEHOLD THE ARCTOPUS) and Kevin Hufnagel (DYSRHYTHMIA). Few extreme bands have the pedigree of GORGUTS. During their early days as part of death metal's first wave, they created a legacy of legendary releases including their debut album "Considered Dead" (1991) and its follow-up "Erosion of Sanity" (1993). The latter witnessed the Canadians becoming more experimental and technical. After a hiatus of five years, Luc Lemay returned with a new line-up, which released the acclaimed third full-length "Obscura" (1998). By then GORGUTS had fully transformed into one of the most progressive and influential bands in extreme music, which remained impervious to trends, while expanding and redefining the language of death metal. With a new line-up that left Lemay as the sole original member, another milestone album was released. On "From Wisdom to Hate" (2001) the Quebecois successfully merged the brutal and more direct approach of their earlier albums with the complex arrangements of "Obscura". Just as GORGUTS seemed on the verge of making the first decade of the new century their own, the band was hit by business and personal issues and went on hiatus. Their musical legacy continued to inspire and thrive as their native Quebec became a focus for technical death metal with acts such as CRYPTOPSY, NEURAXIS and BEYOND CREATION to name but a few following in their footsteps. Now the masters are back to deliver the stunning masterpiece the metal world has been awaiting so long. Brace hard or get swept away by the mind blowing storm of "Colored Sands"!
No audio samples have been linked to this profile.
No member roster has been entered (to link to musician profiles.)
Status: Available for Shows/Gigs
- Last confirmed Oct. 3, 2016
Submit info on this band to our admins