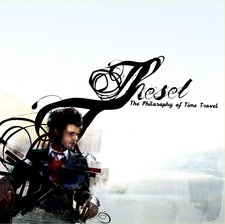 Tristan/Dean
tristanbul@hotmail.com
250-516-5151
Contact Info
Past Shows (162)
It can seem damn near impossible to tell who’s who in the Canadian indie music scene these days, where everyone and their brother is playing in a so-called emo band with straight, black haircuts and trendy white studded belts. As distinctions between bands disappear, and the scene becomes more and more crowded, a band is emerging from Victoria, B.C. that seems to understand the importance of standing out. Theset may have roots in the emo/screamo/punk movement which is so popular as of late, but unlike many of their peers, they are not defined by it. Instead, the true personality of the band is shown through their pop song writing talents, with emphasis on catchy hooks, anthemic choruses, and the unique voice of lead singer Martin Macphail. Impassioned often to the point of sounding frantic, Macphail paints a lyrical picture full of melancholy images and philosophical queries, as well as lament for lost love and death. Theset (pronounced “The Set”) was formed in the summer of 2004 from jam sessions between bassist Dean Rode, guitarist Jory MacKay, drummer Tristan Tarr, and original guitarist Kyle Dark. At first, Dark asked Macphail to jam with the band with the sole intention of writing one set’s worth of material, and performing it live once, hence the name Theset. After that first gig, the band couldn’t help but feel as if they were onto something interesting, and decided to keep playing, and to take their musical careers seriously. In fall of 2004, Dark left the country, and therefore the band, and was replaced by guitarist Elliot Carter, who had been playing in bands with Macphail for years. Since then, Theset has been working hard to polish their live show by playing regular gigs in Victoria, while working on material for their first studio album, which is currently being recorded by talented Victoria producer Adam Sutherland. The album, titled “The Philosophy of Time Travel” is scheduled to be released in the early fall of 2005, accompanied by a tour of western Canada
No audio samples have been linked to this profile.

Status: Available for Shows/Gigs
Buy The Album At: Available - Last confirmed Oct. 27, 2005
Submit info on this band to our admins