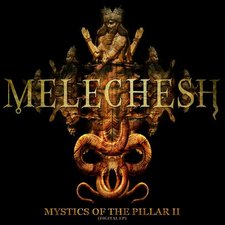 Melechesh is a Middle Eastern black metal band that originated in Jerusalem. Ashmedi started the band as a solo project in 1993. In the following year, guitarist Moloch and drummer Lord Curse were added to the line-up. The band’s goal was to create a type of black metal incorporating extensive Middle Eastern influences mainly based on Mesopotamian/Sumerian and occult themes (both musically and lyrically); the band invented the title "Mesopotamian metal" to best describe their type of metal.
No audio samples have been linked to this profile.
No member roster has been entered (to link to musician profiles.)
Status: Unknown
- Last confirmed Aug. 31, 2012
Submit info on this band to our admins