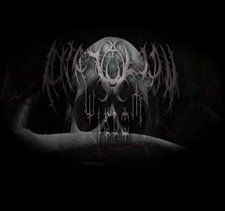 Anatolian Wisdom was formed in late 2002 by Hanephi in Vancouver BC. Canada. In the beginning of 2004 the horde had its initial line up. After having spent intensive time in rehearsals, the horde has entered the studio in order to record their first album “Towards the darkness of Anatolia” upon completion of the songs. Just before the recording has started, bassist “Iconoclast” has left his place to “Khaos Occultus”. In 2005, the horde has released their debut CD followed by several local shows. The CD was printed and limited in“200”copies as a milestone in the band's history.

Subsequent to numerous shows in 2005 and 2006, the horde started to look for a second guitar player and finally decided on “Caligulus Supremus” . With his contribution of his own strength, the horde entered to “Fiasco Brothers” studios to record their second album “Where the Iblis dwells”. Recording and mixing process of the album was completed between July 2006 and January 2007. In 2007, self titled promo CD was released and distributed in Canada, Norway and Turkiye. This CD contains four songs from the upcoming release and three songs from the debut CD. Shortly after the release of promo CD K.Occultus has decided to leave the horde.

Finally, the CD “Where the Iblis dwells” was released under Hanephi's own label A.S.A. Productions and distributed by NHR Records, Aural Offerings Records and “CDbaby” ,an online music store, in 2008. Following the CD release, the horde has played several local shows in British Columbia and in Alberta, Canada. Currently, Anatolian Wisdom is working on their new songs and planning to get back to the recording studio in mid 2009, again.

Anatolian Wisdom is the portent of the dark rebellion rising from the darkest nights with the forbidden knowledge of the demonic virtue. Join our war against sanctimonious mankind and monotheistic dogmas! Bleed your worthless flesh for rising cosmic eternity and new dark era! Hails!!!

Status: Unknown
We are looking for a Vocalist and a bass player - Last confirmed Jan. 19, 2010
Submit info on this band to our admins