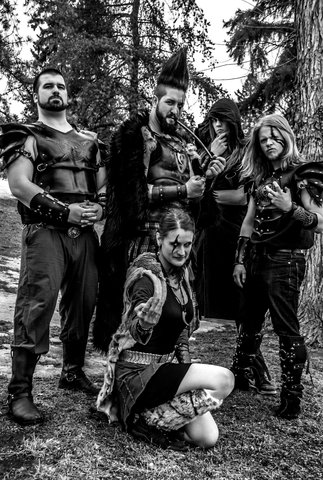 Dave Khan
ancientscythi@gmail.com
Contact Info
Past Shows (32)
Formed in late 2008, Scythia is a mosaic of many influences that combines storytelling, costumes, and heavy music. But this isn't just grindcore in medieval garb... Scythia weaves folklore with double kick, detuned guitars with neo-classical melodies and catchy riffs with classical oboe playing. It is a musical experience that stands apart from all others.

The melodies used in Scythia's music have a very ancient, sometimes medieval sound. The vocals are kept clean in order to better deliver a story and are often sung in harmony with backing female vocals to give it a truly "folk-ish" quality

Factory, Darkest Hour and many more...)

Status: Unknown
- Last confirmed Mar. 19, 2014
Submit info on this band to our admins