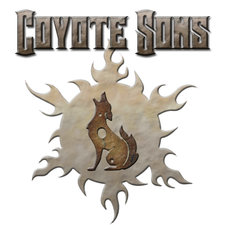 Calvin Ma
coyotesons@gmail.com
604-779-4248
Contact Info
Past Shows (3)
The Coyote Sons are a Vancouver-based rock n' roll band that formed in early 2008. The band is currently gearing up in preparation for their first release, "A Fistful of Blues: The Demo Collection", which is a compilation of demos recorded during the first 6 months of the band's formation as a precursor to their first studio release (slated for 2009).

Emerging in the rock world during an era dominated by post-grunge, emo, and alternative rock, the Coyote Sons perform their brand of blues-infused rock n' roll more akin to the likes of The Rolling Stones, Deep Purple, Aerosmith, Guns N' Roses, and AC/DC against the grain of Fall Out Boy and Coldplay. On their yet to be released Demo Collection and studio debut, the band cooks up a melting pot of bluesy, down-home riffs while maintaining a hard rock edge and a sense of fun.

The Coyote Sons was formed some years after bassist/vocalist Calvin M.F. and guitarist Adam F. Jang came together through their mutual love of 70's-style hard rock. The duo jammed together on and off before being joined by drummer Kenton "Raw Deal" Roszmann. The Coyote Sons began performing the Vancouver club scene and youth festivals, receiving a strong response from local audiences due to their old-school rock n' roll swagger.

Currently, the band is gearing up to enter the studio to record their debut studio release, "A Fistful of Blues", with production scheduled to start in spring of 2009 and a release date expected by fourth quarter later in the year.
No audio samples have been linked to this profile.
No member roster has been entered (to link to musician profiles.)
Status: Broken Up
- Last confirmed Apr. 15, 2014
Submit info on this band to our admins