Passenger began in the UK as a five-piece band with the big money label behind it in the early 2000s. They released a critically acclaimed debut album (Wicked Man’s Rest) but when the members of that band chose to go their separate ways in 2007, Rosenberg opted to stick with the Passenger moniker and trust in his music, his voice and his guitar to take him where it would go. He took to the streets and discovered not only that the experience was enormously fun, but it also proved empowering.

“The busking pays for everything really,” Mike admits. “It’s crazy. I’ve funded my last four records basically from busking. It’s an amazing thing to have stumbled upon because it is the dilemma for every musician – how do I put a hundred percent of myself into my music, whilst keeping myself together? It’s not a new problem – it’s always been the case – but you find something like busking, which you can still do; while you’re making money you can play your songs and hopefully further your fan base – it’s ideal really.”

In search of sunnier climates, Rosenberg headed to Australia in 2009. In only 18 months, he went from busking on Australia’s street corners to selling out venues across the country and supporting major artists like Ed Sheeran, John Butler Trio, Angus & Julia Stone and more. Mike is a modern day troubadour whose constant touring in both hemispheres has seen him win over scores of fans.

Passenger’s critically-lauded 2012 album, All The Little Lights was the most accomplished Passenger record to date, and featured the international hit “Let Her Go”. Sydney’s Sunday Herald Sun called the album “a revelation” adding, “Passenger has impressively travelled in a bolder direction to achieve a mature new album. (4/5 stars)”

New album, Runaway, out now! https://passenger.lnk.to/RunawayWE
No audio samples have been linked to this profile.
No member roster has been entered (to link to musician profiles.) 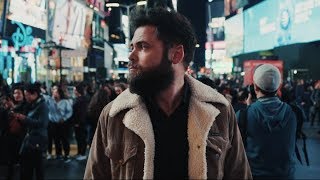