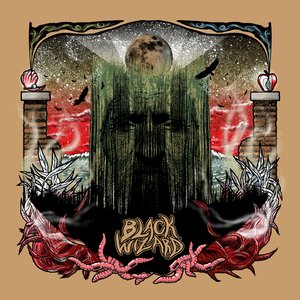 Vancouver's music scene seems to be traditionally known for two things: drugs and hard rock. Despite the critical pitfalls of these influences, the city has a habit of inexplicably turning out the most palatable and authentic acts who manage to kick ass in a druggy haze. Witness Black Wizard's debut eponymous album. Straddling a line between Led Zep and Priestess, it's a half hour homage to stoner, psychedelic and hard rock, hitting all the right spots needed for a solid set. They have all the obligatory guitar shredding, vocal yowling and percussion pounding needed to get the blood flowing. But the best thing about Black Wizard is their seeming determination to carry on the ambition laid out by their storied predecessors. Throughout, the album displays a knack for grandeur; from the loud, sludgy opening of the blatantly titled Drugs to the nonsensically epic lyricism of Evergreen, it's trying to drag the hard rock genre away from the straightforward hedonism that's so prevalent (thanks, 1980s...) and back to a time when drugs rocked your mind as much as your body. The band was even ballsy and decadent enough to put an acoustic interlude track ON A 7 SONG ALBUM. Let's hope the folks from Black Wizard continue to smoke whatever it was they did when they cut this record and continue to go down that rock and roll rabbit hole. Posted: Jan 15, 2010
In this Article Artist(s) Black Wizard