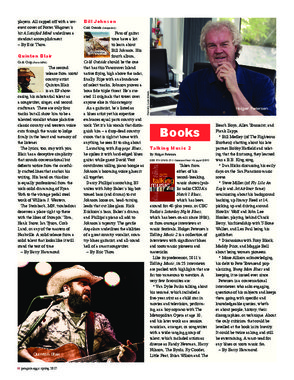 Fans of guitar tone have a lot to learn about Bill Johnson. His fourth album, Cold Outside should be the one that has this Vancouver Island native flying high above the radar, finally. Ripe with an abundance of select tracks, Johnson proves a bona fide triple threat. He’s created 11 originals that tower over anyone else in this category.

As a guitarist, he’s listed as a blues artist yet his expertise embraces equal parts country and rock. Yet it’s his vocals that distinguish him – a drop-dead country croon that is right at home with anything he seems to to sing about.

Launching with Baggage Blues, he spikes it with hard-edged blues guitar while guest David Vest contributes rolling piano boogie as Johnson’s booming voice glues it all together.