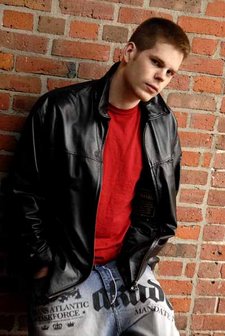 Decibel entered hip hop as a mic hungry battle MC in 1998, and soon began winning battle contests. After maintaining an impressive record, he gave up cash-battles in favour of focusing on his music. Now, in 2006, he finds himself at the top of his game, making waves in the Hip hop scene and continuing to please fans coast to coast with his assertive, intricate style.

Decibel combines many elements in his songs. Although his voice has been compared to Will Smith, Digital Underground, and Tonedeff, he asserts that his original inspiration comes from artists such as Rakim, Blackalicious, Talib kweli, and Common. The actual songs range in feel from ambient reflective soliloquies, philosophical musings, and urban storytelling to assertive, extroverted head-nodders and conscious, well-constructed club bangers. The real gems, however, are the lyrics. Decibel is a bonafide wordsmith, and he constructs twisting verbal contortions that bring a refreshing change to the Hip hop genre.

In 2000, Decibel's first single 'Show Stopper' received a tremendous response and peaked at #4 on 92.3 FM's Hip hop top ten list. Other stations became interested and as a result, Decibel has performed live or received airplay on radio stations all over Eastern Ontario, including Toronto, Windsor, London, Belleville and Kingston. Decibel's battle track 'Dissin' em' was also the 4th most popular song on Hip-Hop Canada during the fourth quarter of 2000.

After moving to the West Coast of Canada, Decibel continued honing his craft and released 'Renegade' and 'By the Sword' in late July of 2003. 'By the Sword' received praise from radio stations in Victoria and Vancouver, and remained on the Hip hop charts for several weeks on 'In The Shadows' (CFUV 101.9 FM). Renegade has been touted as a masterpiece and has received such an overwhelming response that it fueled the creation of Decibel's current project 'RedLine'.

The independent release "RedLine" is the culmination of many years of dedication and perseverance. It showcases Decibel's skill in lacing intricate strings of multi-syllabic rhymes and combines them with a complex musical flow, elaborate metaphors and a percussive, ear-pleasing, tongue-twisting delivery.


The future is bright for Decibel. Winning over listeners from a broad range of genres, the positive momentum continues to grow.

Hard hitting beats. Highly embellished rhymes. This is artistry at its finest.